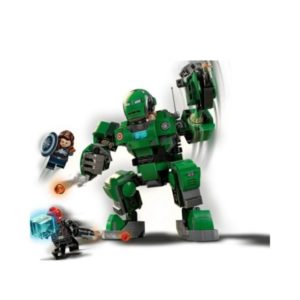 Includes Captain Carter, Steve Rogers and Red Skull minifigures, plus a buildable mech with an opening cockpit and 2 stud shooters.

• LEGO® Marvel Captain Carter & The Hydra Stomper (76201) takes kids’ imaginative play to a whole new dimension, bringing to life Super Hero adventures from Marvel Studios’ What If…? Disney+ series. • Includes Captain Carter, Steve Rogers and Red Skull minifigures, plus a buildable mech with an opening cockpit and 2 stud shooters. • Kids place the Steve Rogers minifigure into the highly posable Hydra Stomper mech ready for battle with Marvel villain Red Skull, who has stolen the powerful Tesseract from Captain Carter. • LEGO® Marvel Captain Carter & The Hydra Stomper is a great gift for fans of Marvel Studios’ What If…? on Disney+ and Marvel-movie action aged 8 and up. • The posable mech stands over 5 in. (15 cm) tall and features posable limbs. Perfect for dynamic play and display. • There are more LEGO® Marvel mechs for kids to collect and combine to bring Super Hero movie action to life and inspire never-ending imaginative stories of their own. • LEGO® components meet stringent industry standards to ensure they are reliable, compatible and connect and pull apart consistently every time – it’s been that way since 1958. • LEGO® components are dropped, heated, crushed, twisted and analyzed to make sure they meet rigorous global safety standards. 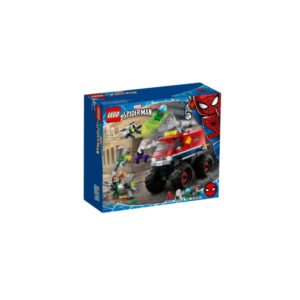 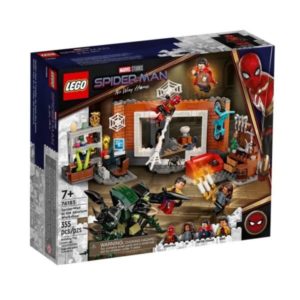 Spider-man At The Sanctum Workshop